I was able to stay home with Ethan after he was born for 7 weeks before finally starting a new job. Those were the hardest 7 weeks of my life. Being responsible for someone so tiny and fragile that needed your every minute was exhausting beyond what I could ever have imagined. 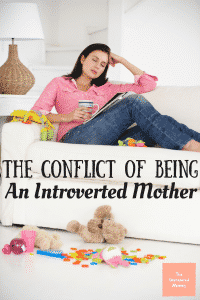 Tim and I would take shifts to try to get some sleep during the night. I got the first shift and would lay there terrified he would come into the bedroom because Ethan needed something. He would sleep during the day and want to be held all night. He’d feign sleep on me, but as soon as I tried to lay him down in his bassinet, it was as if a wild banshee had entered the room. I downloaded every baby sleeping sounds app I could find. I tried the ssshhhhing white noise, classical music, rain, rain with thunder.  You name it, I tried it. Bouncing and singing. Singing and swinging. The Baby Channel with soothing sounds and stories while disembodied hands made shapes on a sandbox that has a light underneath. Forget it. I was a mess. Yes, I was tired. But it felt like more than that.

The morning brought sweet relief as Tim entered the bedroom and I was no longer solely responsible for my sweet child. And for a few hours, I was okay again. But as the sun threatened to go down I became antsy. He could see it on my face. Out of nowhere, I would start crying from the fear. Every semi-sappy commercial elicited a new wave of tears. The impending night loomed just around the corner. How was I going to get through another night of this? How am I supposed to take care of him on my own? The fear was paralyzing.

When my first day at work came, I was simultaneously relieved and guilty. I wanted so desperately to want to stay home with Ethan all day, but at the same time relieved I didn’t have to anymore. I loved being around him, seeing him start recognizing faces, smiling back at us. But the longer I paid attention to him, the more I felt the exhaustion. Weekends became the new nightmare. If Tim was cleaning something or out of the house, I had to be at full attention. Ever entertaining, enriching Ethan.

Then I read The Struggle Of The Introverted Mom on ScaryMommy. And I finally understood what I was feeling. Introverted mothers, nay, people, need time to themselves in quietude to rejuvenate. The constant interaction with their children leaves us feeling drained. What this means for me is that I need to have some solitude peppered throughout the day in order to recharge mentally. Like when I am at work, I only have to concentrate on wiping my own ass. So just maybe it wasn’t that I’m not cut out to be a mother.  I just need like 10 minutes to myself every so often so I don’t end up cutting a bitch.

Now don’t get me wrong, I love playing around with Ethan. He gets excited by things we take for granted as adults. Seeing his face light up when I make a stack of blocks for him to knock over is bar none spectacular. But having to focus all my energy towards him for an extended period of time doesn’t get my engine going like it might for some mothers. It makes me count the minutes until I can hide in the bathroom.

Cut to last week, I had to stay home with him for two days because our daycare took a holiday for the week. Two whole days with him. By myself. Cue scary music. 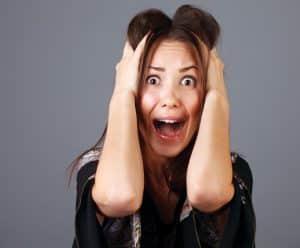 Knowing that I had to pace myself, I took advantage of his new-found ability to play BY himself and his toys. I would let him roam around the living room a bit reminding himself how everything is awesome (cue Lego movie music). Then I would join in and remind him again. And again. On Tuesday, we went to lunch with a couple of friends and that helped break the day in half. Before I knew it, Daddy was home and all was right again.

A funny thing happened on Wednesday morning when it was Tim’s turn to hold down the fort. I leave for work later in the morning than Tim does (and therefore Ethan’s usual wakeup time is earlier), so this afforded me some time to play with him before having to go. I found myself playing around with him without fear. Without anxiety. Just smiling and joy. I actually wanted to stay home with him another day. As I waved goodbye and blew kisses to them both, I realized I was jealous that Ethan was going to spend the day with Daddy and not me.

I had still ended both of my days with him completely exhausted and found my bed shortly after Ethan did, but I also realized that I had a great time with him. Granted, he didn’t have any meltdowns to ruin everything. Still, I felt like I had accomplished something by taking care of him on my own and not utterly flipping my shit at the end of the day. Maybe it was a form immersion therapy. Only I didn’t need a furry spider shoved in my face. 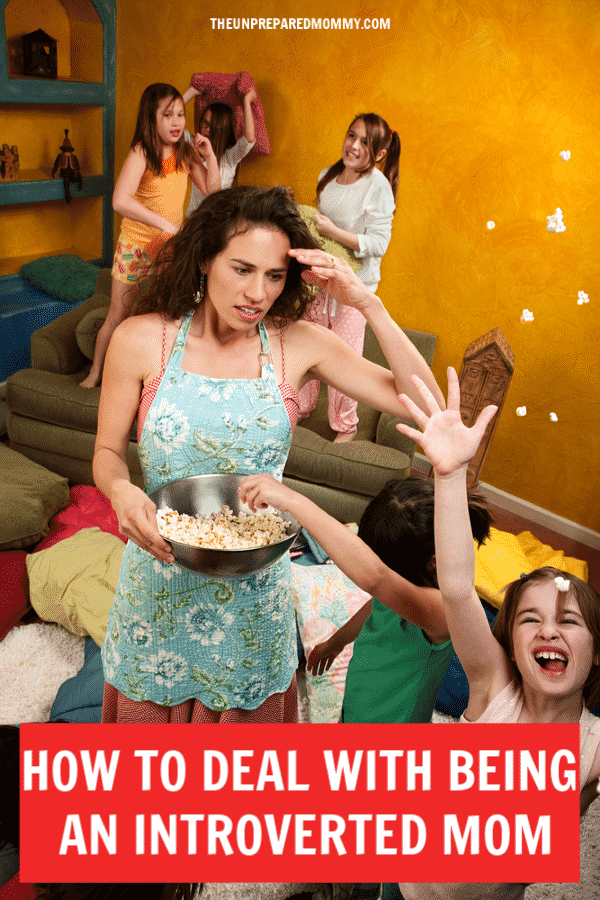 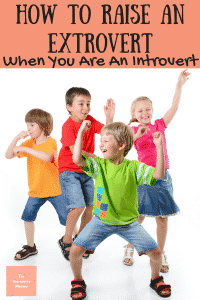 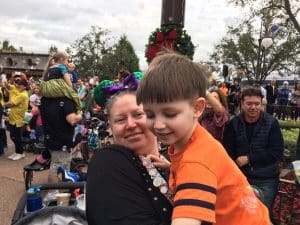